Arsenal are pushing hard to sign Raphinha ahead of next season to enhance the quality of Mikel Arteta’s attacking options. Persuading the Brazilian to join the club is proving to be a problem, alongside agreeing to a transfer fee with Leeds United.

However, The Gunners could sacrifice an old transfer target in order to agree to a transfer for Raphinha with Leeds. According to transfer expert Fabrizio Romano the Whites are interested in signing Cody Gakpo from PSV Eindhoven.

Arsenal were also heavily linked to the Dutchman ahead of the summer transfer window. But, Edu must denounce interest in Gakpo to give Leeds a better chance at signing him, who would then be the likely replacement for Raphinha.

Earlier in the season, Dutch news outlet Voetbal international reported that the Gunners were in pole position to sign Cody Gakpo from PSV Eindhoven, with the fee believed to be £35. The youngster had been linked with a move to the Emirates Stadium in the January transfer window but a deal never managed to materialise.

But it now seems that Arsenal have turned their attention towards Raphinha due to the quality he has shown in the Premier League over the last couple of seasons. He is also three years senior to Gakpo, meaning he has more experience and is more likely to make an immediate impact. 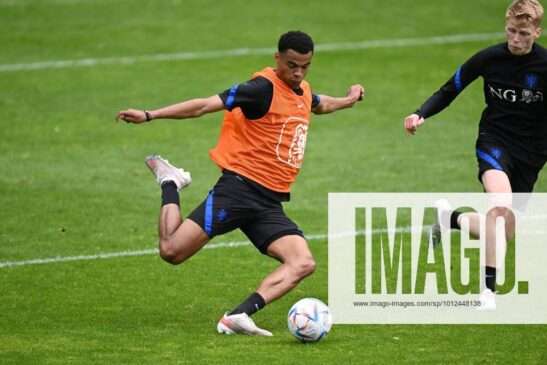 On Tuesday evening, The Athletic’s David Ornstein had reported that Arsenal had a bid rejected by Leeds United, with the player also not viewing the Gunners as a preferred move with Chelsea and Barcelona both linked to the winger. Transfer expert Fabrizio Romano has quoted Raphinha to cost around £65million.

A deal for Raphinha would not have been at the forefront of Arsenal fans’ minds due to the club already having two left-footed wingers who are strongest on the right-hand side in Bukayo Saka and Nicolas Pepe. But the squad is set for a shake-up, which creates space for Raphinha in the team.

Nicolas Pepe’s future is uncertain at the club as the winger wants to leave Arsenal this summer and has instructed his agent to find him a new club, football.london understands. The winger has two years left on his deal and found the game time given to him by Arteta extremely limited during the previous campaign which has likely led to his desire for a way out of the club.

However, securing Raphinha seems a tough task due to the high valuation asked by Leeds United. Arsenal could help ease Leeds United into a transfer by giving them access to Gakpo as a replacement for the Brazilian.