Mikel Arteta told me I had no place there, treated me bad”- World class Arsenal Star Blasts Arteta after Sealing Arsenal exit Today

Arsenal midfielder Lucas Torreira has revealed that he has no desire to stay at the Emirates beyond the end of this summer’s transfer window.

The Uruguayan joined the Gunners back in 2018 from Sampdoria for £26 million (BBC). He had a spectacular first season at the Emirates and earned rave reviews for his performances from fans, pundits and the media.

Everyone expected Torreira to kick on and become an even better player in his second year in the Premier League, but Unai Emery’s decision to play him in a more advanced role completely killed his confidence.

Torreira never quite recovered from that and he was pushed out on loan – first to Atletico Madrid and then to Fiorentina, where he was brilliant last season. 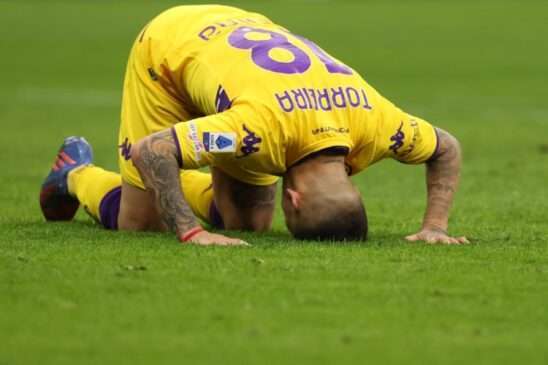 Lucas Torreira says he will not stay at Arsenal

Torreira looked almost certain to join Fiorentina on a permanent deal this summer, but the Italian club decided against triggering the option they had to sign him. The Uruguayan was far from happy with that decision and he made his feelings known in a statement a few weeks ago.

Still without a new club, Torreira was asked if there was any chance he would stay at Arsenal for the upcoming campaign. The Uruguayan immediately shut that option down.

He said, as quoted by Uruguayan outlet El Pais: “My chances of staying (at Arsenal)? None!

“From the beginning, they told me that I had no place, so my desire is not to stay either, since I suffered a lot, it cost me a lot to adapt.

“Any team that wants me has to buy my file, which today has a value of approximately €15 million (£13m).”

It really is a shame how things have turned out for Torreira.

Everyone really believed that the Uruguayan was the real deal after his first season at the Emirates. Many even viewed him as the missing piece in Arsenal’s midfield, but it’s clear as day that Mikel Arteta does not fancy him.

Branded as ‘incredible’ by Bernd Leno, Torreira is still a quality player, and as he showed at Fiorentina last season, he’s more than capable of doing a job consistently in the middle of the park.

However, whether clubs will meet Arsenal’s demands to sign him this summer remains to be seen.