Tottenham Hotspur fear Arsenal could reignite their interest in Richarlison as Antonio Conte’s men look to seal a deal before Everton return for pre-season training, according to a report from 90min.

The Gunners are looking set to miss out on one of their top targets for this window. It had previously appeared that Arsenal were in the driving seat to sign Raphinha.

However, the Brazilian now looks to be Chelsea-bound. The Blues have reached a £65 million agreement with Leeds for the winger.

Earlier in the summer, Arsenal were reported to be admirers of Richarlison. And it seems that Tottenham hope to get a move across the line before the Gunners can make a late play for the forward.

90min reports that Spurs’ talks with Everton are progressing positively. And they hope to wrap up a deal before Frank Lampard’s side start pre-season training. 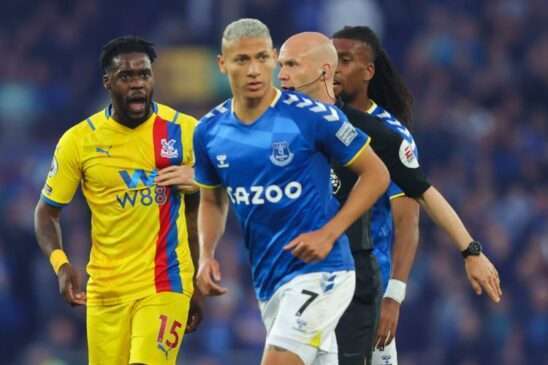 But they are also now being driven by the possibility Arsenal may also bid for Richarlison in the wake of Raphinha’s expected move to Stamford Bridge.

Arsenal look set to land their top target for this window with Gabriel Jesus moving to the Emirates. But clearly, it is a major disappointment that they appear set to miss out on Raphinha.

Some Gunners fans may be hoping that they do now target Richarlison. He is a ‘special‘ player with a lot of quality. So Tottenham are surely making the right call stepping up their interest just in case.

Mikel Arteta’s men probably need to make one more big statement in the market to banish any disappointment about Raphinha’s move elsewhere.

Spurs will hope to soon shut the door on any hopes Arsenal may have had of snatching Richarlison from their grasp.